I have been under the weather for a few days, but I am getting better.  However, my time in the field has been lacking, so I haven’t done much photography.  So today, I thought I would publish this rerun/update of this post from April of 2010.  I have updated it somewhat, and added a few more photos for your enjoyment. 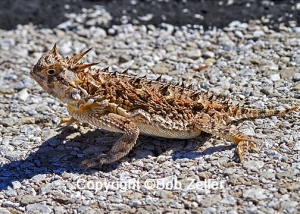 Since I do a large percent of my birding and photography at San Angelo State Park, I feel compelled to tell a little bit about it.  I imagine a large percentage of you readers have never heard of it, let alone visit it.

It was created in 1952 when O. C. Fisher Dam and Reservoir were completed for flood control.  In 1995 it was officially opened as San Angelo State Park.  It is comprised of 7,677 acres, mostly undeveloped land.  But the developed part is a gem. 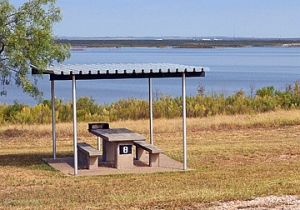 There you can find wildlife of all types, white-tailed deer,  rattlesnake, javelina, bobcat, porcupine, jackrabbits, prairie dogs, and many more than I have space to list.  There is a herd of bison, and part of the Official Texas State Longhorn Herd  resides there.

Also available are many campsites, some dry camps, other full-featured hook-ups.  Picnic tables abound for the day-trippers.  Air-conditioned cabins are for rent for visitors who don’t happen to own an RV or other camping gear.  And lest I forget, there are hiking trails galore.

Kurt Kemp and his staff do a wonderful and efficient job of maintaining the numerous areas of the park.  At the South Entrance gate-house you can find maps, souvenirs, and get park information.

Plans for the future include additional bird-blinds for the birding enthusiast and bird photographers.  There is an ongoing project to eradicate the mesquite and salt-cedar to aid in water runoff for the Concho River and O. C. Fisher Lake.  The amphitheater, aptly named “Butterfield Stage”, has been completed and is now serving various functions.

So all in all, I would say that the future of San Angelo State Park looks rosy indeed.  Now if only we could get a little more rain on the North Concho River water-shed, the level of the lake would rise.  Then we could make use of the many boat ramps that are currently hundreds of yards from the shoreline.  At that time, boating can truly be added to the already long list of activities for park visitors.