A fairly short post again today.  Recently on one of our forays into the parks near Lake Nasworthy, we came across this Eastern Bluebird, (Sialia sialis), sitting on a small tree branch.  He was part of a group of bluebirds, Cedar Waxwings, and American Robins.  It was obviously a popular spot for birds, with the water nearby. 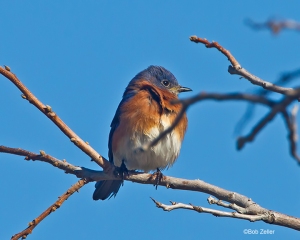 Later, on the outskirts of the park, in an area where there is a disc golf course set up in the trees, we spotted this Red-tailed Hawk  (Buteo jamaicensis), on a tree branch.  We observed it for awhile and I got several photos of it.  After a bit, he decided to fly off, and I was able to capture an in-flight photo. 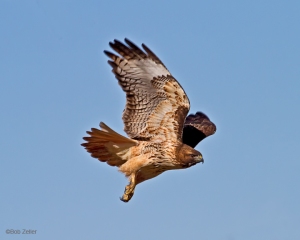 I hope you enjoyed the images.  Click on either of them to see an enlargement.