Here are a few photos from a short three-hour birding trip to Middle Concho and Spring Creek Parks.  The first two images are of a Cooper’s Hawk.  The same bird, but taken in two different trees.  It was on the move but we followed it.  The sky was bright but cloudy, and the subject was back-lit in both images.  The Cooper’s is often confused with the Sharp-shinned Hawk.  The Cooper’s is the larger of the two, but since I hadn’t had them close together, I opted for the Cooper’s because of the flatish head.  The horizontal breast markings show that it is an adult. 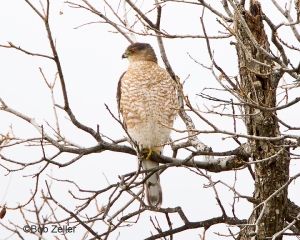 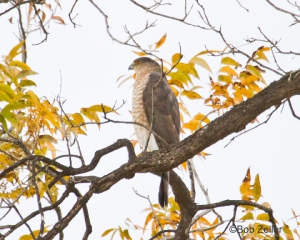 We came upon several Yellow-rumped Warblers.  I was able to get this close shot when one lit on a small tree just a few feet from the car.  It wasn’t there but for a few seconds. 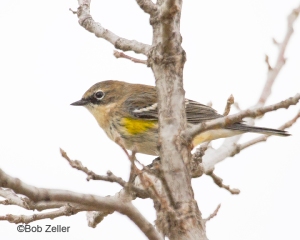 This Great Blue Heron was taking it easy atop an old concrete pier. 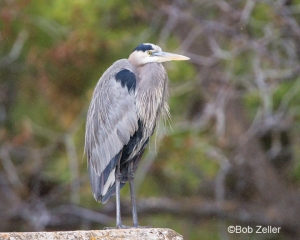 We saw a good many birds, including our first Cedar Waxwing of the season.  Here is a complete list of our 29 sightings.

Enjoy the photos and click on any of them to see enlargements.