They are the Rodney Dangerfields of the avian world.  For you youngsters, Rodney Dangerfield was a stand-up comic who’s seemingly ongoing rants were about him not getting respect from anybody, including his wife.

Anyway, I am talking about the two species of cowbirds that are found in our area here in the Concho Valley.  They lie, cheat, steal, and do just about anything they can get away with.  They especially lay their young in other species nests, so they will have surrogate mothers.  So with all that, they wonder why they don’t get any respect from us.

However, after having said that, I feel that they, in their own right, are very attractive birds.  I am a birder and a bird photographer.  I present you with these images to see if you might agree with me.  First up is the Brown-headed Cowbird.  He (or she) has the worse reputation.  I usually don’t even try to get good photos of one.  (See, I don’t respect them either.)  But I did relent in a weak moment and got this photo. 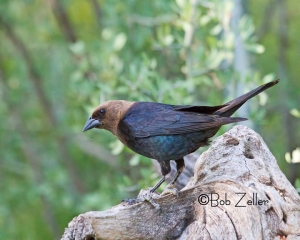 Now I must admit, that the other bird of the species, the Bronzed Cowbird might be my favorite of the two.  They are difficult to photograph because of their dark colors, and so I love the challenge.  I might even say that I think they are beautiful.  I love those flashing bright eyes.  I have a weakness for beautiful eyes.  Let’s see what you think after looking at the next two photos. 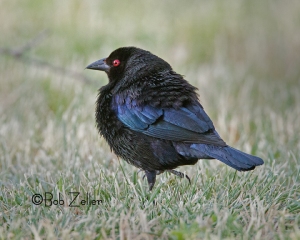 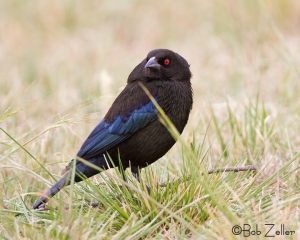 I hope you enjoyed these photos.  Let’s show a little respect and give a big hand to these ill-treated birds.  Click on either of them to see some enlargements.