Birders often try to have a Big Year, where they try to see how many different species of birds they can observe in one year.  Some may try for one month.  Ann and I are always trying to see how many we might see in one day.  Our previous record was 44.  Today, Sunday February 9, we saw a new record of 48.  We were gone from the house for about four hours and a half.  However we only added one more to our on-going list of our Big Year.  It now stands at 94 after adding a Brown Creeper today.

It was great fun, as I also got some nice photos, which some days I fail to do.  We saw a Verdin again, and I finally got it in my viewfinder, as well as a nice shot of a Western Bluebird.  Heck, why don’t I just show you a few highlights.

We decided to make a stop at San Angelo State Park.  There we saw the above pictured Verdin.  This is the first time I have ever seen one at a feeder, as usually they are timid and keep pretty much to themselves. 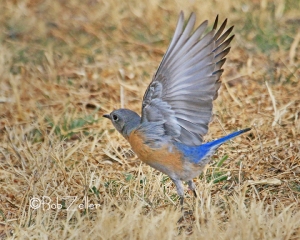 The Western Bluebird was scratching in the grass, and I guess I disturbed it and I caught her (it is a female), beautiful plumage as she tried to fly.

Great Egret – triumphant with his catch.

When this Great Egret caught this fish, I thought he was going to come out of his shoes, so to speak.  You can see that his feet left the water.  I love these beautiful birds. 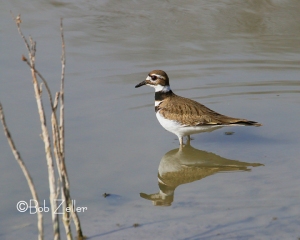 Killdeer – he was doing a bit of feeding, too.

High above it all, atop a dead tree, was this Red-tailed Hawk. 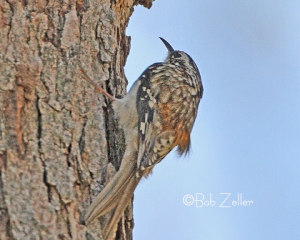 As for the Brown Creeper, I was unable to get a clear shot of it today, so I will show you the above shot that I got of it a couple of years ago.

Click an any image to see an enlargement.  Also if you are interested in seeing a complete list of what we saw today, here it is: