I woke up this morning and said to myself, “Self, (that is what I call myself at times), you need to write a post”.  I haven’t written one in several days.  It has just been one of those periods where it seems that I haven’t accomplished anything.  We had lots of rain, really gully-washers, here and the lakes have received much water.  The lake where I spend most of my time with my photography was literally over the banks, where previously it had almost dried up.  The gates were opened to bring the depth back to the normal.  That water will flow downstream to replenish yet another reservoir a few miles south.

So when I finally got out a few days ago, decided to go to several venues where I like to photograph.  First, here is a photo that I got in my own backyard, where we received seven and a half inches of the wet stuff.   A very wet, not dried off yet, immature female Bullock’s Oriole.

We headed to San Angelo State Park.  We noticed that O. C. Fisher Lake there had received some water also.  Reportedly it rose from a dry bed to nine feet of water.  Should help the overall wildlife of the area.  Even the Prairie Dogs are happy, judging from this mother frolicing with an  off-spring.

This photo was taken in the north part of the park at the prairie dog village there.  Also,while in that area we spotted a couple of Mississippi Kites in a tree. 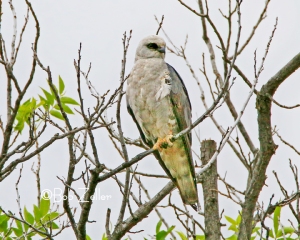 Killdeer sheltering a young one.

Look close at the above picture.  No, it is not a four-legged Killdeer, nor are those training wheels.  When we first spotted the adult Killdeer, the chick was several yard away.  As we approached, it sensed danger and ran for it’s mother and hid under a wing.  I snapped a few photos, then left, as I don’t like to stress the wildlife for the sake of a photograph.

More images from the park included the following. 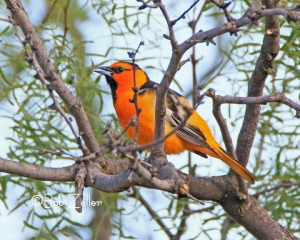 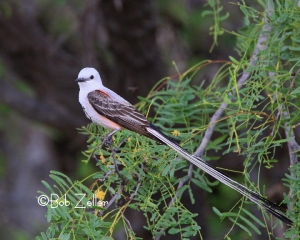 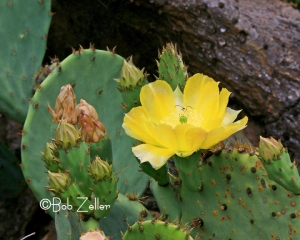 Leaving the park, we decided to venture downtown.  San Angelo is the home to one of  just a handful of International Water Lily Collections in the world.  Ken Landon, the curator and owner, collects specimens from all over the world.  He is just now putting out the plants for the summer, but several of them were in bloom already.  The five pools, (soon to be six) are each about half full, but will be completely filled with gorgeous blossoms of all shapes and sizes very soon.  Here are a couple of images that I captured.  As you can see from the water droplets, the rains had just recently finished.

I hope you enjoyed this diverse collection of images.  Click on any or all of them to see enlargements.

This is a quick post to introduce you to my new SmugMug gallery.  It can be accessed by clicking that link, the Galleries page, or the link in the side-bar on the right.

So far, there are three collections:  Birds, Animals, and Landscapes.  I am in the process of adding all of my old photographs, so there will be additions almost daily.  Check it out often.

Prints are available in most sizes for sale.  For quotes, e-mail me at bobzeller@pobox.com.  Mention the image number and name.  I have many satisfied customers, some of them are fellow bloggers.

I have been shooting more than I have been thinking about something to write about.  So I will just write about the pictures I have taken the past week.

First I need to mention, that it is said that there never has been a nesting pair of American Coots in this area.  Well, that has changed.  At a pond at San Angelo State Park there are a pair of adults and at least five young ones.  Here is a photo that I captured of one of the babies.

American Coot – a very young one.

On another day at the bird blind in the park I captured this amazingly beautiful European Starling.  I don’t often compliment starlings on their looks, but you have to admit there is a certain beauty about him. 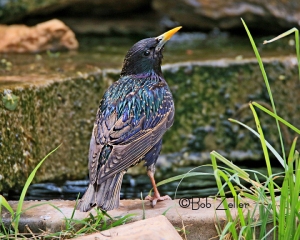 Then I got lucky with a cute pose of the Northern Cardinal. 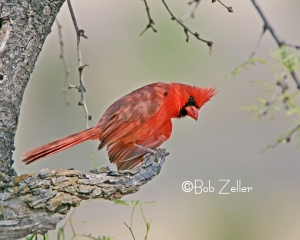 This Golden-fronted Woodpecker always is a feast of color to look at. 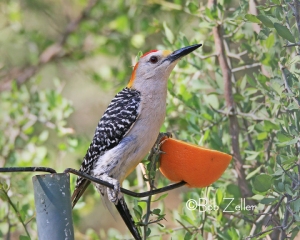 After leaving the blind, we drove through the park a bit and caught this Greater Roadrunner with a grasshopper.  I have a hard time resisting photographing these popular birds.

Upon leaving the park, Ann spotted this Common Nighthawk on a branch.  Our first sighting of one this year.  That brings our 2014 Big Year total to 167.

Okay, for all of you readers that may be wondering what I really do look like, check this out.  It was taken by the eleven year old son of my dear friend, Shannon.  When Ann and I were visiting them last October, it seems that young Scottie, was on the prowl,  taking candid photos with his little camera.  I didn’t know of the existence of the picture until Shannon posted it to her blog yesterday.  I think the little guys’ got talent.  I obtained permission from her, and Scottie to use it here.  Personally, I think it is one of the best photos I have of myself.  Check out them blue eyes.

As usual, click on the title to see the entire text and numerous more photos.  Click on those photos to see enlargements.

Ann and I visited the bird blind at San Angelo State Park over the weekend.  We met our friend Bill Yeates while we were there.  The light was awesome for photos and we got several nice bird photos.  But, also, while we were there, Bill and I happened to see an unfamiliar creature in the grass.  It didn’t look like our regular Mexican Ground Squirrels that are so plentiful.  When it emerged into the open, we realized it was some kind of chipmunk.  The surprising thing is, there aren’t supposed to be chipmunks in the area.  I took a few photos, (see below), and then showed the image to the resident park ranger.  He said that it was a Gray-footed Chipmunk and it had never been seen in the park or in the area.  They should be in the Guadalupe Mountains in far west Texas.  How or why it is here, is anyone’s guess. 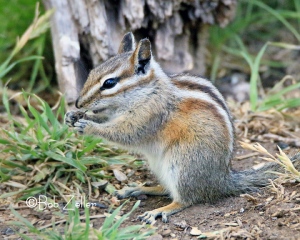 Below is probably the best photo of a male House Finch that I was able to get in a long time.  They are so common and plentiful around here that I tend to ignore them.  I got it shortly after photographing the chipmunk. 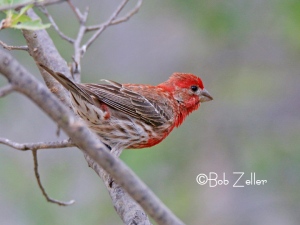 I edited a few more photos from our Pedernales Falls trip and they are ready to be published here. 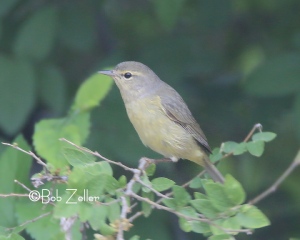 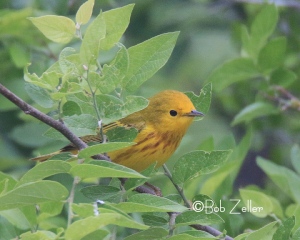 Yellow Warbler peeks from the leaves.

After getting home from Pedernales Falls State Park, we made a quick trip to our regular birding areas around Lake Nasworthy.  We came upon this beautiful Green Heron.

For those that are following our progress on our “Big Year” in Texas quest, we are at 166 with the addition of a Western Sandpiper and a Blue Grosbeak.

Before I get started, I would like to remind you to click on the title of this post and you will see many more photos and the complete narrative.

We have had a really busy big week.  We had plans to go to to Pedernales Falls State Park, near Johnson City, Texas.  We were to leave on Tuesday.  But on Monday before we were to leave, I and my neighbor Carl Williams, decided to do a little birding and photography locally.  Ann stayed at home to do some laundry and other household chores. She was to regret it.  Why??  Because she missed out on our best day of birding yet.

Carl and I headed to Lake Nasworthy to bird the two local parks there, Middle Concho and Spring Creek.  We checked out every possible bird we saw, for a period of about four hours.  We eventually saw and identified a grand total of 57 species.  The biggest birding day that I have ever had.  Here are a couple of photos from that day.

The cuckoo was nearly hidden in the trees, but I managed to point that center focus point in the camera between the leaves and branches. 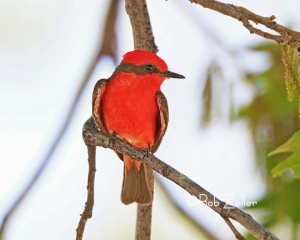 I love to photograph these little red flycatchers anytime I get the chance.

Ann and I left Tuesday morning about 8:00 and headed towards Johnson City, a distance of 177 miles, Pedernales Falls State Park being just a few miles east of there. We had room reservations at a motel in Fredericksberg, but check-in time wasn’t until 4:00 so we had plenty of time to bird the park.  We arrived at the park at about 11:00 AM.

We birded the blinds there until about 3:00PM, then left for Fredericksberg about 40 miles away.  After having a supper of fajitas and a cold beer at Mamacita’s Mexican Food Restaurant, we retired to our room at the Sunday House Motel.  The next morning, Wednesday, we headed back to Johnson City and the state park again.  We stayed there again until mid-afternoon.  Pedernales Falls State Park has two bird blinds and both are very comfortable, having benches and large glass viewing windows.

During the two days, we added 6 species to our 2014 “Big Year” list,bring that total to 163, then I added 3 to my life list, which now stands at 272.  Here are photos from there.  Click on any of them to see enlargements. 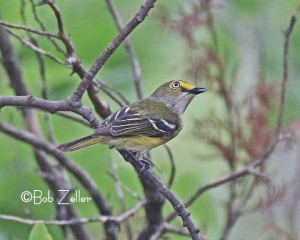 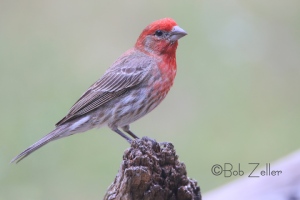 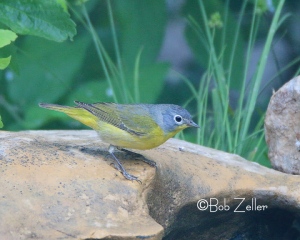 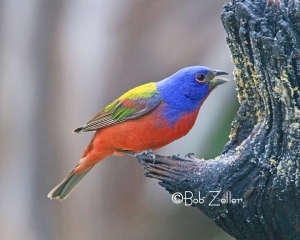 All photos were taken using my Canon EOS 70D with  a Tamron 150-600mm lens mounted on a Manfrotto tripod with a Wimberley gimbal head.  I was sitting on a bench inside the blinds.  The glass windows, though being very clear, are slanted and that had some effect on the auto-focus and some of the images were a tiny bit fuzzy.  I was able to correct that with Focus Magic software.

The last “Big Year” list update I published took you to number 147.  Here are the additions since then:

We just saw our first Painted Bunting of the season.  It brought to mind that I haven’t posted any photos of them in a long time.  Here is the first one that photographed, just a couple of days ago at the bird blind at San Angelo State Park.  To me it is one of the most beautiful of all birds.  It really looks like it was hand-painted.  Mother Nature did a great job, even though it looks like she smeared it a a bit and maybe got outside the lines. 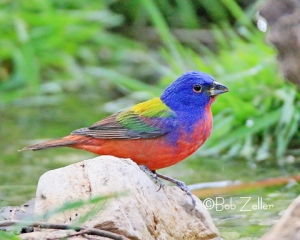 Here are a few more photos that I have taken of the Painted Bunting over the past few years. 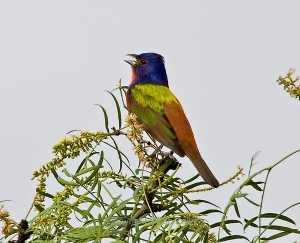 I hope you enjoyed viewing these photos.  Please feel free to comment.