To begin this post, I would like to let you know that yesterday, Thursday June 29, I was honored to be featured and interviewed on a local TV program, Concho Vally Live on KLST.  I spoke about photography, and showed several of my photographs.  Here is a link to see that interview if you want to finally meet and see me up close.  You will see that I am not the handsome hunk that you thought I was.  http://www.conchovalleyhomepage.com/concho-valley-live/photography-talk-with-bob-zeller-concho-valley-live-june-29-2017/754138109

It went pretty well except the person in charge, loaded the photos so they would loop rather than show individually, so each photo showed for only 5 seconds.  You will see that I had a difficult task to try to describe  of them.  Ashley Cunha did a great job doing the interview, though.   But I must say, she had the advantage of reading from the teleprompter, whereas I had to wing it.  I hope you enjoy seeing the show.

In other news, many of you have probably heard about the storm that hit San Angelo a week ago.  It was really devastating, millions of dollars damage through out the city.  We were one of the lucky ones.  Our flag pole got snapped in half, a portion of our fence blew down, and our roof lost a couple of shingles.  Other parts of town lost building, roofs, signage, etc.

San Angelo State Park, where we do most of our birding, and where I get many of my photographs, sustained major damage.  Trees uprooted, RVs destroyed or damaged.  The trails are impassable for the present, and of course closed until cleanup can be completed.  The park itself, was closed for about three days, then it opened yesterday, but only to travel paved roads.  Most of the RV sites have been cleaned up.  Here are a few photos that showed the damage.  The bird blind took a “direct hit’ I was told.  The roof was partially blown off and the fence was down.  I wasn’t permitted to take the trail back there to get a photo. 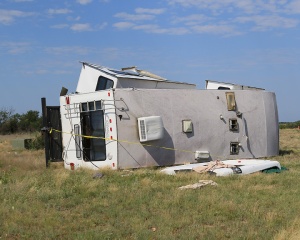 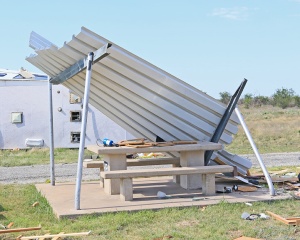 Fortunately, there were no serious injuries.  One lady obtained a cut on her head, when she got slammed around when her RV trailer got tipped over.  For me, this was one of the worst storms I had seen in years, in terms of the widespread damage.

This morning Ann and I finally made a serious attempt to see some birds and for me to get a couple of photographs.  Birding was slow but a couple of shots made it worthwhile.  Here are those results. 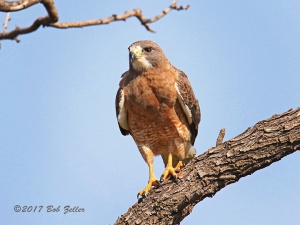 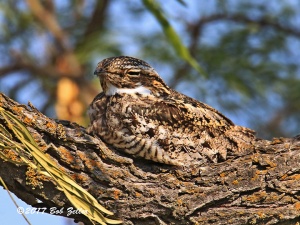 That is all for this post.  To see more photos, or make purchases, click the “Bob’s Gallery” button at the top of the page.  Enjoy!