On Wednesday, Ann and I, along with our neighbor friend, Carl Williams, set out for the South Llano River State Park near Junction, Texas.  A distance of about 100 miles, we covered it nicely in about an hour and a half.  Before I get into the photos from the park, I want to mention the Red-tailed Hawk that I photographed on the way.  We were cruising along about 75mph when we saw the hawk sitting on a wire fence.  I whipped the car into the left lane, drove to the next turn-around and came back around.  As we pulled up to the hawk that was still sitting on the fence, it noticed that Ole Bob was coming with his camera.  He figured he would look better on that stub of a tree branch, even though he was going to get windblown.  The gusts were about 35mph at that time.  I remembered to thank him before I drove off, after I got a few nice photos. 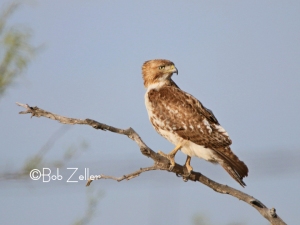 South Llano River State Park is relatively small, only about 200 acres, consisting of many, many oak trees.  It is a popular camping area, but also has four bird blinds and is considered one of the better birding areas.  We decided that we wanted to visit each blind.  I think we spent a total of three hours there and saw thirty-two species in all.  We missed some nice ones, like the Lazuli Bunting, Painted Bunting, and Indigo Bunting.  Some other birders said that those three were around just before we got there.  But it is early yet so we will probably go back in another two or three weeks.

Here are a few images of some that we did see.  They can be viewed best if you will go to the blog, then you can click the images and see some beautiful enlargements. 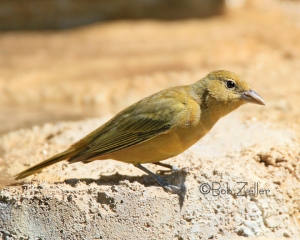 The next photo is one of my personal favorites.  The Yellow-rumped Warblers consists of two sub-species, the ‘Myrtle’ and the ‘Audubon’s’.  This image is an Audubon.

What would a birding trip be with out a bunch of sparrows.  Here are three that we encountered in the park. 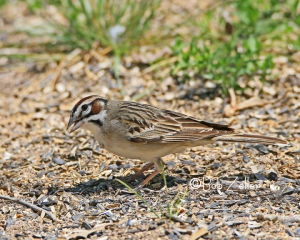 Then last, but not least is the ever-popular Spotted Towhee. 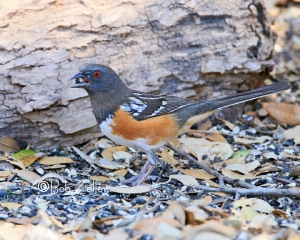 That does it for photos on this post.  I got a few others that I may post later, and I got a lot of throwaways that will never see the light of a computer monitor.

Since this blog is basically about birding, and bird photography, I have been sitting here pondering what to put in my next (this) post.  Thinking back, I didn’t know a sparrow from a pigeon before I got into serious birding.  Well, I guess pigeons were bigger, right?   Anyway, now I have come to appreciate just how many species of birds there really are.  In the area where I live, according to the people that know these things, there are thirty different species of sparrows alone.

To be perfectly fair, actually they are not all sparrows.  Four of those species classified in the sparrow family are towhees, three are longspurs, and one is a junco.  That still leaves twenty-two named sparrows, just here in the Concho Valley.  There are more than fifty species including other regions of the country.

Like any other non-birder, I thought all sparrow looked alike.  Wrong!  Since I now consider myself a birder, albeit a little new at it, I have discovered that there are really many beautiful sparrows to be seen and photographed.  You can see from the following examples.

Pictured above is the common House Sparrow (Passer domesticus).  Now I ask, isn’t this a pretty little bird.  Nice rich colors of brown, with that little patch of gray on his head, and that black chest, not to be confused with the Black-throated Sparrow. 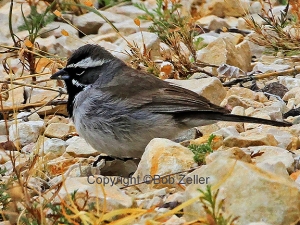 The above is the afore-mentioned Black-throated Sparrow (Amphispiza bilineata).   Another little cutie. 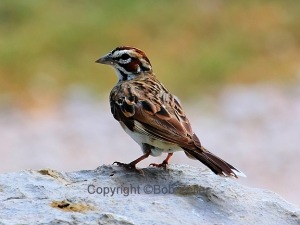 Field Sparrow (Spizella pusilla).  So these are five of my favorites.  Now when you see a sparrow, take a closer look, and you may be surprised at what you see.  Click on any image to see an enlargement.