In my previous post I mentioned that it was the seven year anniversary of this blog.  After much soul-searching, horn-blowing, champagne-drinkin’ and general partying, I have decided to go for another year.  Or at least make it until my 1000th post, which this one is my 927th.  Or which comes first.  We will whoop it up then and make another decision if need be.

The birding is still a bit slow, considering the time of the year.  I guess it is because of the continuing high temperatures here in San Angelo.  I think the summer birds got tired of the heat and left town.  Their replacements, the fall and winter birds, decided to delay their visit because it is still darned hot here.

But, we still get out several days a week, hoping to get to see something new or get good photos of any hangers-on.  Here are a few recent images that I am proud of.  I was using my Canon EOS 7D Mark II.  Lens was my Tamron 150-600mm.  I will begin to try to put my exposure data under each photo.  It is something new that I thought I would try.  Several of my readers say that they would like to know how I shoot my photographs.

We stopped near a shrubby area at the Isabelle Harte Multi-use area of San Angelo State Park.  We spotted some bird activity within, and after waiting a few minutes, this Yellow Warbler came out of the branches into view.  It was early in the morning, and the bird was backlit, thus the reason of the one stop EV adjustment.

This bobwhite was about 30 yards away, partially backlit and shaded by some tree branches.

This Vermilion Flycatcher was high atop a tree branch, pretty far off, but my Tamron 150-600 long lens helped me out. 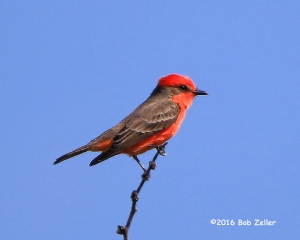 There are still several Scissor-tailed Flycatchers in San Angelo State Park.  Most of them we have found lately are the short-tailed juveniles, but we did come upon this adult.  One of my favorite birds.

This morning we heard, before we saw it, this Cactus Wren.  Very rare for me to get so close to one.  Another one that was heavily backlit by the morning sun.

I hope you enjoy my post today.  I would love to hear your questions or comments, so let’s hear what you have to say.

Since my last post on June 1, my time in the field has been limited.  I have been trying to catch up on personal issues pertaining to keeping up our yard, a little house cleaning, and this morning a plumber is coming to install new fixtures in our bathroom.  So, I was only able to get out for two hours on June 2, and a couple of hours yesterday, June 7.

But the good news is, I did manage to get a few nice images to share with you.

For anybody that has been concerned about the scarceness of the Northern Bobwhite, I can assure you they are certainly alive and well in San Angelo State Park.  While driving through the entire area we were never out of earshot of at least one of them calling.  We also saw visually about ten of them, perhaps more. 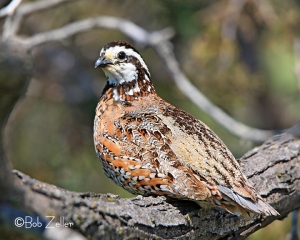 Although we enjoyed seeing so many of the bobwhites, we didn’t ignore  the other birds.  As a matter of fact, we observed thirty different species. 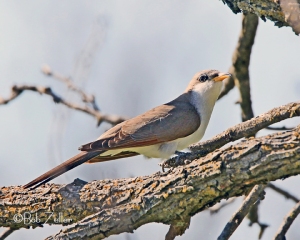 Unfortunately, I wasn’t able to get useable photos of all thirty, but that is to be expected when I am in the birding mode, versus just out for the photography.  Some we just saw as they flew nearby, or were in thick brush, or I simply just didn’t like my photo.

We spotted this night heron in the draw behind the Walmart super-center. 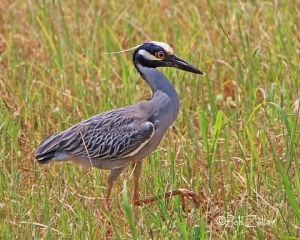 Well, that is about it for this time.  Hopefully, I can have more for you the next time.  Click on any photo to see enlargements.


Click on the title to see more photos and read the complete narrative.

On Saturday morning Ann and I decided to visit the blind at San Angelo State Park.  We had wanted to go to our favorite local parks near Lake Nasworthy but knew that they would be crowded with weekenders, campers, hikers, bikers, etc.  That mix makes for not very good birding.

At the blind, there were a few other friendly birders and we enjoyed our little outing there very much.  We saw a good variety of birds plus a Bobcat that made a very brief appearance.  When that happened, it was so quick that no one had a chance to bring up the camera.  The bobcat had instantly sensed humans and quickly turned tail and ran.  Here are a couple of images of some Northern Bobwhites.

pair of Northern Bobwhites. Red-winged Blackbird in the background. 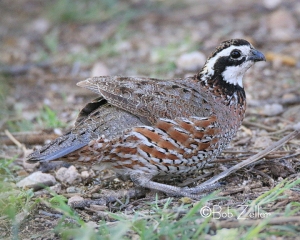 One of the other birders in the blind was Michelle Sundeen, the same lady that had told me about the Sandhill Cranes that were seen north of town several weeks ago.  This time she told me and Ann about a couple of owlets that she had discovered at Spring Creek Park.  She gave us the directions to locate the little birds.

After leaving the blind, we decided to make a quick little drive around the State Park before heading to see the owlets.

As we drove through one area we were hearing a Cactus Wren at a distance but we were unable to see it.  Finally, we saw a bird sitting on a branch far away, so far that it was merely a dot.  With binoculars we could make out the shape and thought it was the wren we were hearing.  But with it being so far away and backlit, I tried to get a photo to use for identification.  I had my Canon 70D and the Tamron 150-600mm lens.  Of course, the bird was on Ann’s side of the car.  I had to lean across her and hand-hold the camera to get the shot.  I really thougth I had no chance of getting anything usable, but I got lucky and the result is the above photograph.  Of course, I had to lighten it up first to see what I had, then tweak the sharpening quite a bit, not to mention cropping very severely.  What a credit to that new lens.

Next along the way was a Scissor-tailed Flycatcher, this time on my side of the car, and much closer. 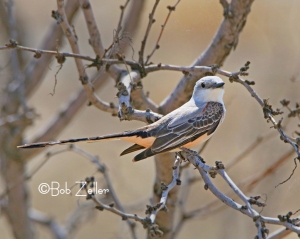 Now, on to Spring Creek Park.  Fortunately, when we got there, there were no people in the area where we were to look for the owlets.  Michelle had told us about a large tree, and the owlets were nestled in the crook of it.  We parked the car and got out to walk around.  It didn’t take long to find the tree and sure enough, this is what we found.

They were about twenty feet from the ground.  I had my camera and long lens on a tripod about thirty feet from the tree.  They were very aware of me, never taking their eyes off of me.  I also knew that somewhere, an adult was probably watching me like a hawk, er, I mean an owl.  Ann and I looked around, and there it was.  He (or she) was about thirty-five feet up, with a good vantage point, watching to make sure I didn’t make any aggressive moves toward the little ones.  Here is a shot of the adult.

I hope you enjoyed my telling you about our little adventure.  Click on the photos for enlargement.  Enjoy.

Labor Day.  You certainly won’t catch me doing much laboring.  Even though I was aware that there may be too many people doing their outdoor things, Ann and I decided to go to San Angelo State Park to visit the bird blind, AKA the Wildlife Viewing Center.  After stopping there, we did a little drive-around through the park.  There still aren’t too many birds, but we managed to see a few or the regulars.  Here are three nice photographs that I stumbled into getting.  First up was this little juvenile Northern Cardinal that I captured at the blind.

When we took the little drive around the park I managed to get these images.

I love those Bobwhites.  Along the way, we saw another covey of them, about twelve, but they scurried into the underbrush before I could even get my camera ready.

We witnessed several nighthawks in the air when we previously entered the park.  Driving around, we saw two perched on mesquite tree branches.  Here is the best of the two.

Migration is only a few weeks away, so soon I might have some more photographs for you.  We are planning another birding trip to the Big Bend later this month, and my new Canon 70D is supposed to arrive today.  So exciting things are looking up.