Okay, getting back to my chatter about raptors……..  I believe I left off with discussing the Red-tailed Hawks.  I might as well add this photo that I captured a couple days ago, after I published part I.

Another hawk that is similar to the Red-tailed, is the Swainson’s Hawk.  In fact, when I got into birding and was new, I often confused the two.  They are a stately bird.  That dark bib is one of my favorite markers for this specie.

I love watching the Northern Harrier.  Some people refer to him as the Grey Ghost. It hunts by flying low over the grasslands.  It’s eyes seemingly never leave the ground.  I have found them very difficult to photograph, but in truth, I have had few opportunites to do so.  When I do see one, it usually takes me by surprise, as it flies by.  However, I am proud of this photo that I captured on a trip to the Davis Mountains.  I spotted it from my car as it was streaking across the land.  I stopped the car, and caught it as it turned around and made a return flyby.  Not one of my best technically, but I do like the composition.  It is readily identified by that large white spot on it’s rear. 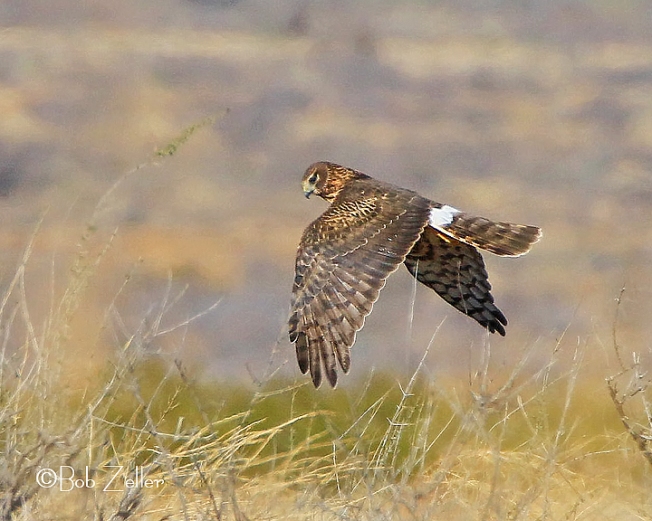 Northern Harrier on the hunt.

One raptor that is rarely seen here in the Concho Valley is the Crested Caracara.  Sometimes known locally as a Mexican Eagle.  It is more familiar in south and central Texas.  It is a peculiar looking bird, and it sometimes can be seen hanging out with the vultures, eating road-kill along the highways.  I did get a few photos while visiting our friends at Uvalde, Texas.  He is not wearing a toupee.

Another hawk that favors the southern part of the state, is the Harris’s Hawk.  I was able to capture several images of this bird when visiting Uvalde.  It seemed that it was everywhere.  Of course, as usual, I was hunting them from the car. 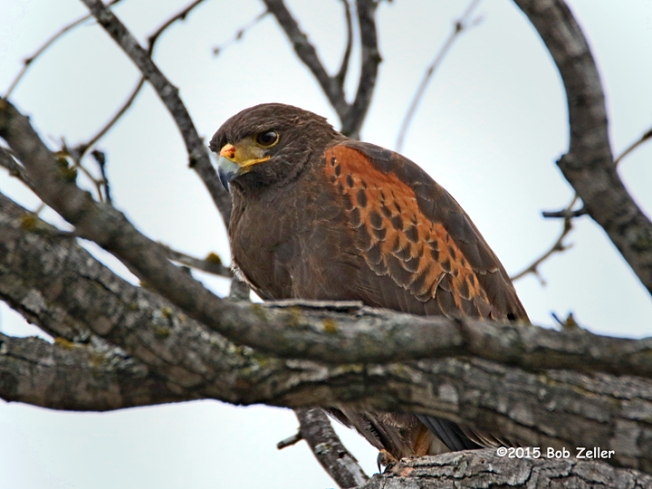 There are two hawks that confuse birders and cause great debates about identification of the two.  I am talking about the Cooper’s Hawk and Sharp-shinned Hawk.  They are very similar.  I will offer a photo of each here.  The Cooper’s has the black-cap on a flattish shaped head.  Also the eyes are set forward more.  The Sharp-shinned lacks the black cap and has a more round head shape.  Even then, I imagine that I will get letters disputing my IDs.  I am definitely no expert, but this is my story and I am sticking to it. 🙂 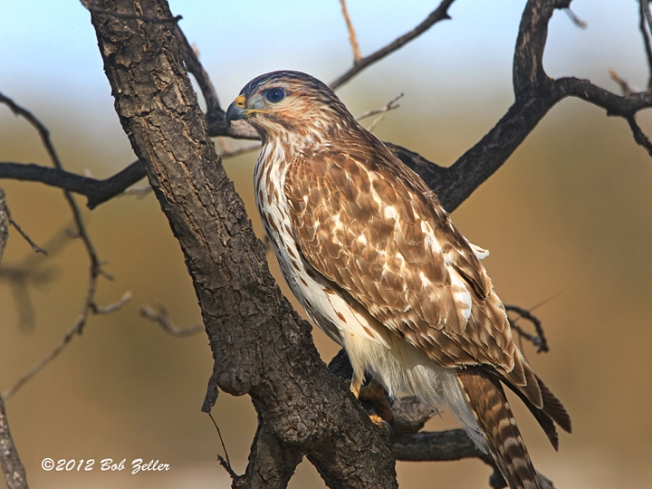 The Red-shouldered is a slightly larger bird.  It is easily identified with that red area on the shoulder.  This one was photographed at the Hummer House Bird Sanctuary in Christoval, Texas.

The White-tailed Hawk is one that I know very little about.  It usually lives in far southeast Texas.  However, I photographed this one near Uvalde.  A friend helped me with the identification.

Before I forget, I must include the Osprey, a fish-eating raptor. 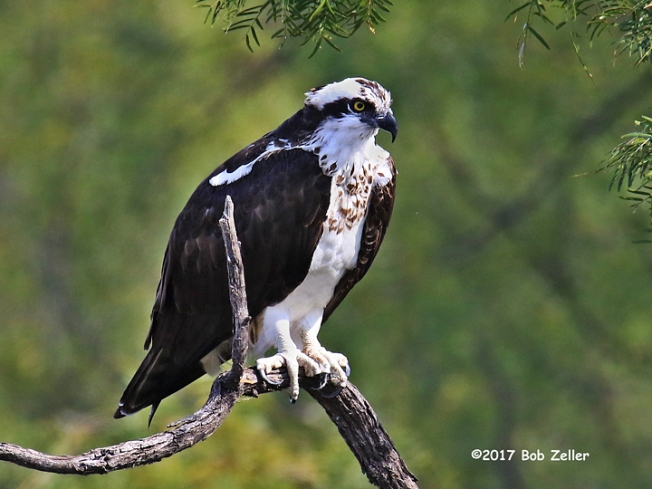 Getting into some of the smaller hawks, I have seen and photographed a Merlin several times at San Angelo State Park.  At only ten inches tall, they still look formidable.  You can see that look of innocence, though.  Here are two of my favorite photos of one.

Ah, my definite favorite of the tiny hawks is the American Kestrel.  Beautiful marking.  A very feisty raptor that can sometimes act benign and easy to photograph, or often as not, give me a merry chase through the countryside.  It depends on his mood.  This particular image is one of the latter.  I was in a mini-van at the time several years ago, driving through San Angelo State Park.  Ann was with me, and this little bird moved from tree to tree, finally stopping and giving me nice views of his tail feathers.

Finally, I am going to end this raptor series with one of the fastest falcons on the planet.  We were at San Angelo State Park, watching the brush for some warblers, when something flashing by caught my eye.  It zipped past some trees and out of sight with great speed.  I told Ann, I just have to go see if I can see if and where that bird might have  landed.  She started to protest, but I had the keys and was driving.  The effort paid off, as we didn’t go far.  It had landed atop a picnic table shelter.   I was able to get shots from afar, but since it didn’t move, I was able to maneuver in closer with the car.  It continued to sit as I took several photos.  I discovered then that it was a young bird.

Here is an adult that I photographed a few years back. 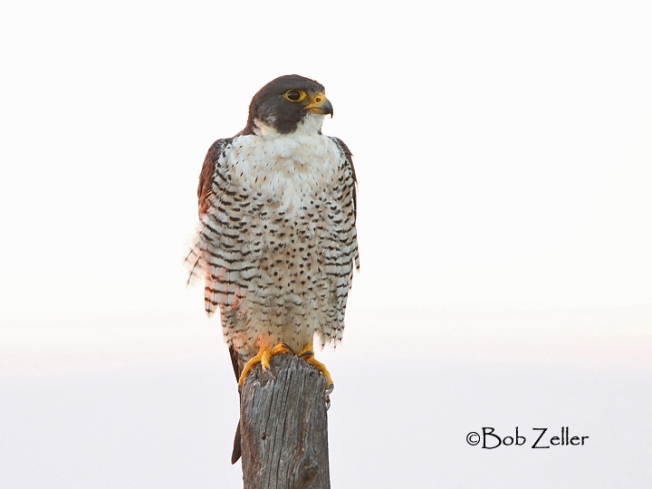 This concluded my 2-part series about the raptors of the Texas bird world.  There are a few more species, but as of this date, I have yet to see or photograph.  When I do, you will be the first to know. 🙂